March 25, 2011
Home/Insights/Meet Jon -- This Week's Featured Employee
This week's Featured Employee is Jon, who oversees our IT Department. Jon is incredibly hard working and committed to our clients' success. His joyful whistling entertains all of us at the office, sometimes even starting a "Name That Tune" competition amongst ourselves. We asked Jon to answer a few questions for us, here's what he said:

How long have you been at Guidance?
It'll be 10 years at the end of April.

Tell us about your hometown.
I grew up Stanwood, Washington, a small farming community in the Pacific Northwest -- population 1,028. As children, we rode our bicycles everywhere. We’d ride to a small creek to go swimming. If we had money to spend, we’d ride to town (4 miles away) to do that. We’d be gone from sun-up to sundown, playing with our friends. Once we were old enough to work, our first summer job was picking strawberries for a local farmer. We’d pick strawberries from 7:30am until 3:00pm. The job was hard but the strawberries tasted good. As I got older, I graduated to working on one of the local dairy farms. In the summer, we’d stock hay in the barns for the cows to eat over winter.

What city do you currently live in?
Van Nuys

How did you decide on this career?
It wasn’t planned. I was a messenger in a hospital and the IT department asked my supervisor to recommend someone to do some work in their shop. She recommended me and I started as a helper stocking the operations room with paper, forms and punched cards. Six months later, the operations area needed a computer operator and they asked me to do that. Six months after that, they had an opening in programming and asked me to do that. Programming was creative and enjoyable and I did that for several years. Then, I worked at Disney, and while there, my manager asked me to take over IT and Networking so I had to learn about that. And I’ve been working in this field since then. It was more of saying "yes" to an opportunity than any decision on my part.

What was the oddest job you ever held?
Oddest would probably be when I spent one summer gathering eggs on a chicken farm.

What do you like most about working at Guidance?
The constant challenge to learn a better way to help our clients. 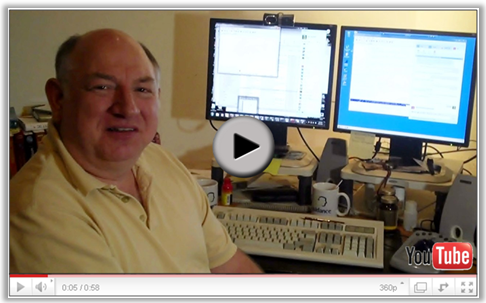